Twitter is to my mind, the most powerful social media platform for building visibility, influence and trust; and the only truly open, global platform that allows you to connect with anyone who is there simply by reaching out to them.

Despite this, reports show low levels of adoption of Twitter by leaders.

Some who adopt it use it well but most leaders simply post links to content about themselves or their businesses. While there is a place for that, it’s in a mix of content that includes sharing interesting information from others.

Then there’s the absolute no-no of social media, ignoring people. Imagine if in real life you went to a dinner party and just spoke at a person and ignored everything they tried to say. You’d be struck off the guest list fast and that is exactly what happens on Twitter. When I teach Twitter the first thing I say is that if you do nothing else, check Notifications. This is where you can see who has contacted you, or shared or liked your content and respond.

I think that is because unlike Facebook or Instagram, Twitter is the least intuitive of the social media platforms and so requires more learning to maximize its potential. One brilliant tool that helps you be strategic and cut out noise, is the Twitter list.

Twitter is a flowing river of more than 500 million tweets a day, which is why newcomers approach it with trepidation. It may seem overwhelming but the reality is you are not interested in all those tweets, only certain people or topics.

Here the power of Twitter’s search engine really comes into its own. People are easily searchable using the @ symbol (@dionnelew) and the # hashtag with a topic (#contentmarketing).

Building a Twitter list is easy, just go to the menu that lives behind your photo or avatar, scroll down and select Lists. 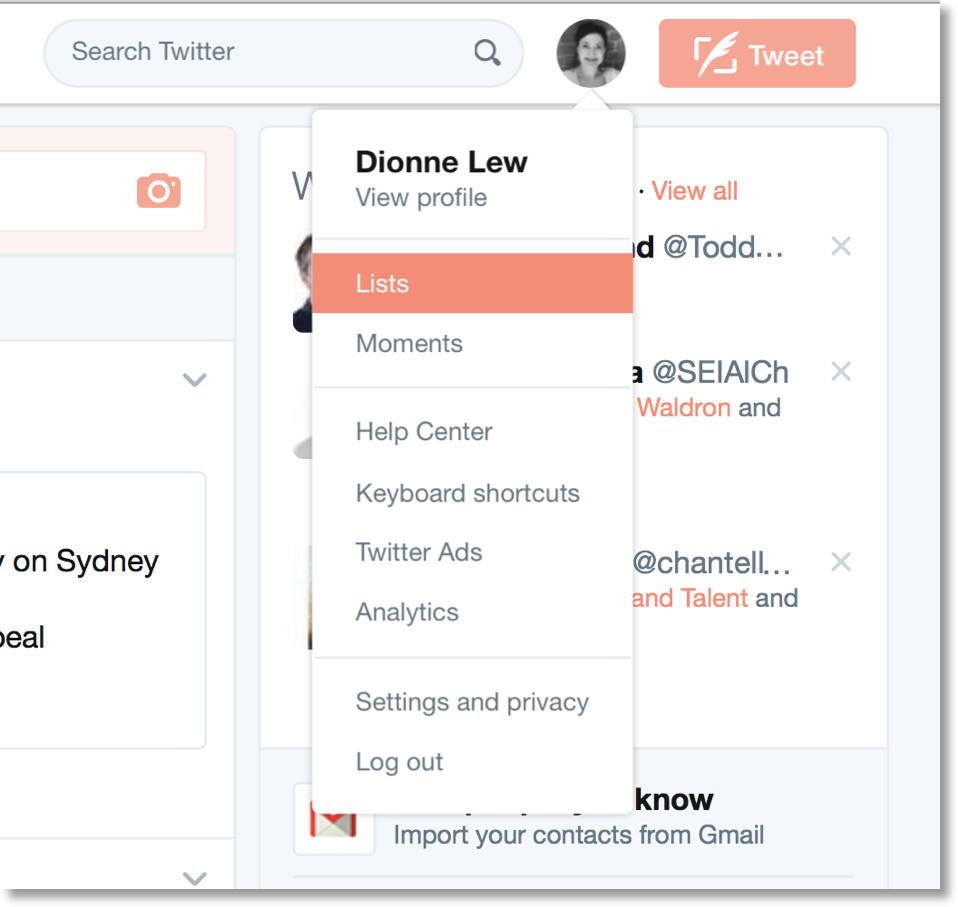 On the top right, you’ll see a box that allows you to Create new list. 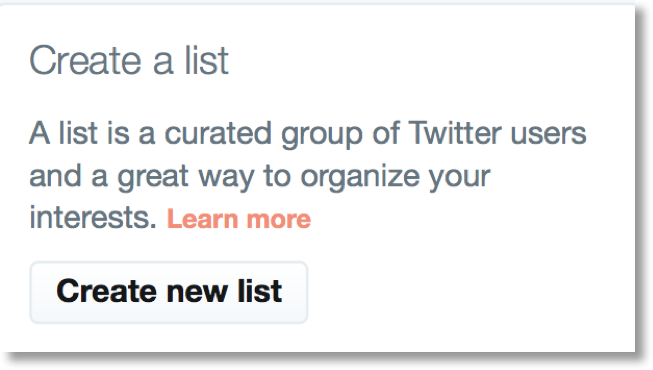 Give the list a name and description and choose if it’s public or private.

It’s as simple as that. The real gold is how you use them.

I love organisations that create lists of their people, it’s so human and reinforces their importance. A name, face and insights from a feed give you a real sense about who the person is and what they stand for.

Buffer does this nicely and it’s particularly important as they are a ‘fully distributed team’, which means they work remotely from around the world. 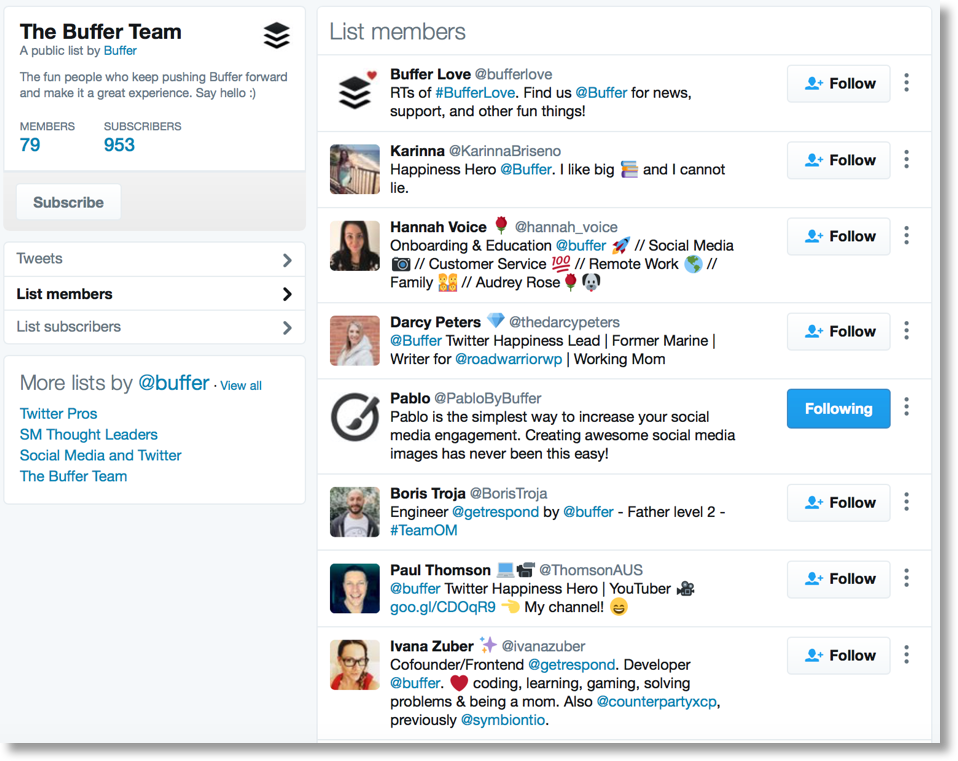 It also reinforces what Buffer stands for – radical transparency and new ways of working – values they showcase across all their content. 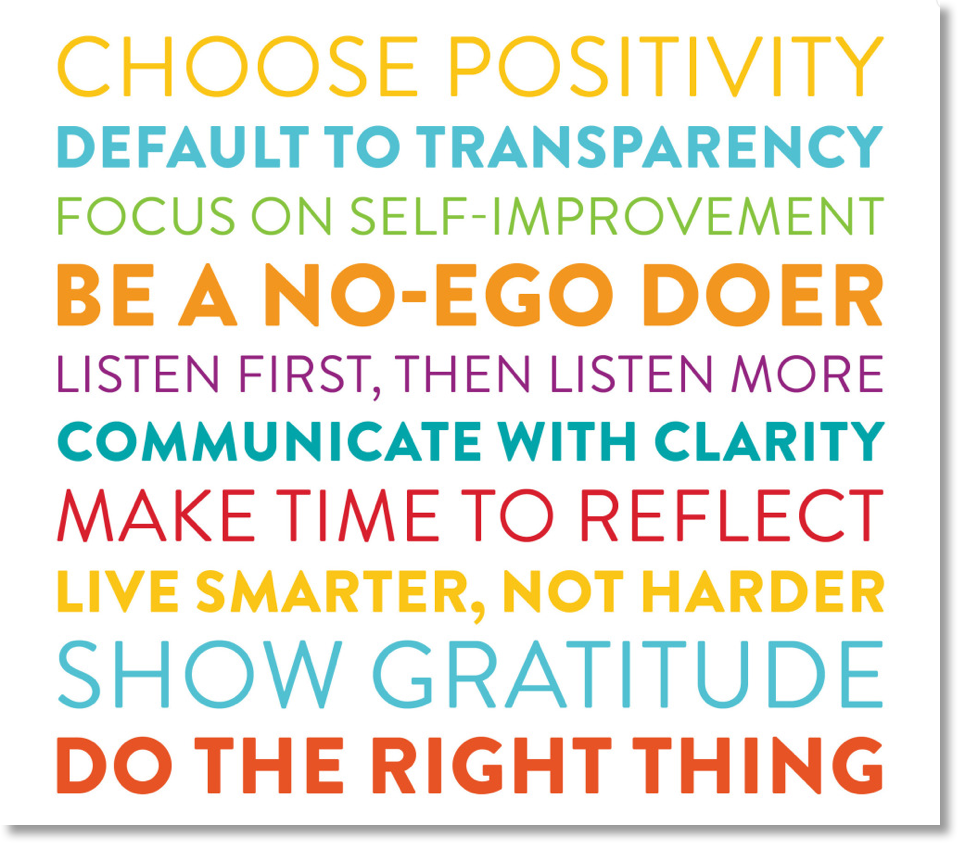 But you can use it effectively whether you’re a small business, startup, distributed workplace, multinational or even sole entrepreneur, just to have a bit of fun with the team-of-one idea, which again, speaks to the brand and will give people a lot of information at a glance. 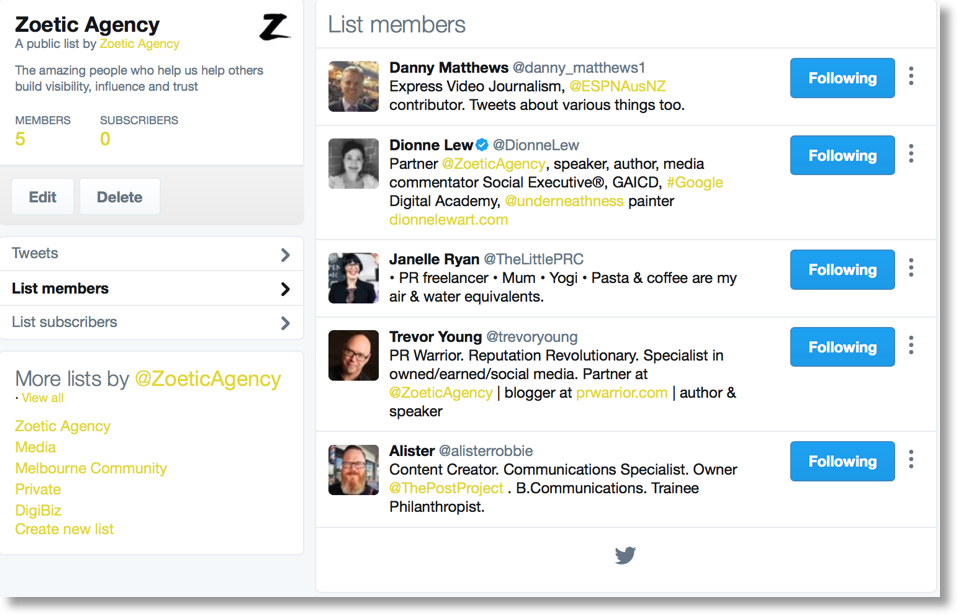 Because a list has a URL (just look at the URL address when the team list is open) you can use it in other forms of communication, for example, sending an email or including it as an email signature.

This is a great way to give a hat-tip to people whose products and service you value and would recommend because it’s an automatic brand association. If you don’t want to go public then it’s a great way to keep in touch with what your suppliers are doing and recommending, even special events or products.

Create community at a conference

Because a conference hashtag remains searchable after an event you can go back and by clicking on the hashtag look at what happened from multiple perspectives, from the top tweets and people to photos, videos, news and broadcasts. This provides a rich source of information for the archive but can also boost the effectiveness of public communications by giving insights into what kinds of tweets were favorited or shared the most. 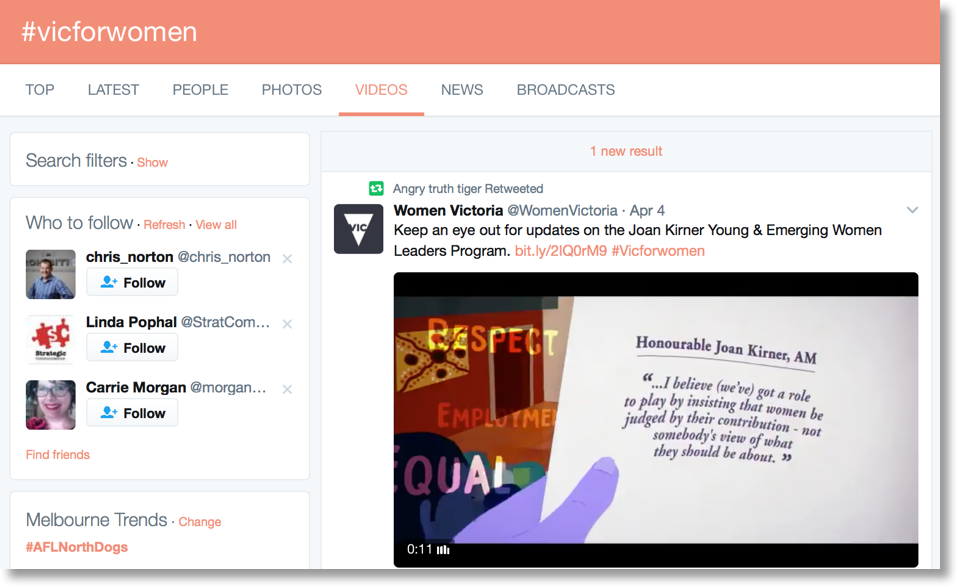 This means you can create lists that reach people who you know will be interested in an event or issue ahead of time, much like the embargoed press release of old.

Here are some ideas –

Resource lists for your customers or clients

Often you know best who your clients or prospective clients are, what interests them and what information they’d find useful. In a time-poor world sharing useful resources gets you in front of people you’d like to draw closer and reinforces a relationship that’s already in place.

People in niche communities are often highly engaged because they’re focused on an area rather than general trends. Herding the cats is an act of generosity often richly appreciated. Thomas Power, for example, has brought together a list of people involved in #blockchain. 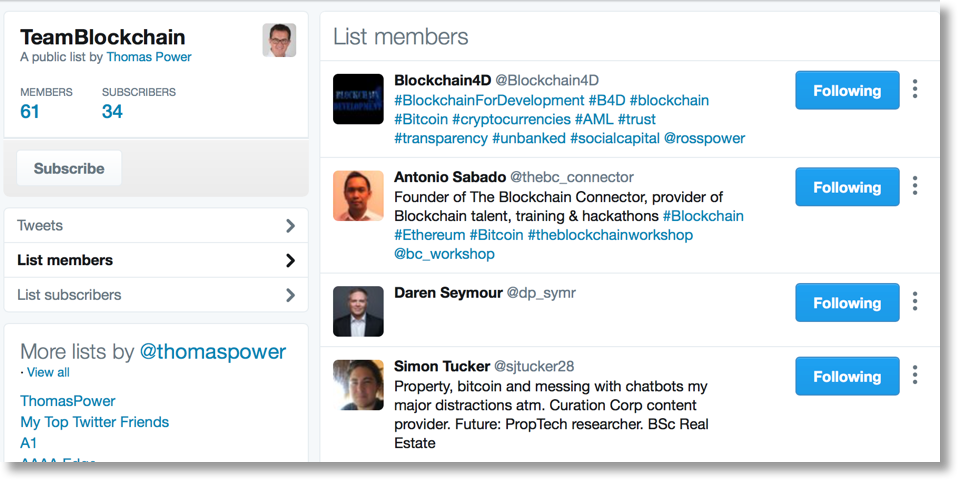 What communities are the people you are trying to reach or influence interested in? Build and share those communities on their behalf. Again, this makes you visible and helpful and over time, builds trust.

Creating global lists of professional membership bodies and detailed lists of people who are in them has numerous advantages.

One thing you learn quickly online is that people are generally very generous sharing what they know. Although it’s useful to build lists from scratch many people have already been where you want to go, and there’s no point reinventing the wheel. You can find out where the best lists are through Google or by following experts who make recommendations and keep all these kind people housed together.

The sky is the limit

Twitter lists can help you curate amazing online resources into strategic, useful categories that get you in front of and engaged with people and information that matters to you or your customers or communities. The only limit to their utility is your creativity. How have you used them? What other ideas do you have? Please share.